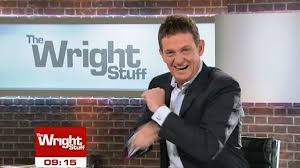 Has Ofcom increased the liability of broadcasters for the most offensive language? That may be the implication of the Resolved finding against Channel 5 for an edition of ‘The Wright Stuff’ published in today’s Ofcom Bulletin.

A viewer complained that panellist Amanda Lamb said at one point “if I keep saying it eventually they put their fucking coats on”. Ms Lamb, however, was adamant. She said “freaking” and not “fucking”. Channel 5 was not sure what word she had used. The programme – playing safe and no doubt fearing an Ofcom Code breach (‘The Wright Stuff’ has been investigated quite often by Ofcom) – apologised several times on air.

Ofcom agreed: it “was not entirely clear whether Ms Lamb had said ‘freaking’ or ‘fucking'”. However, Ofcom went on record a Resolved finding on the basis that “we considered it likely that at least some viewers would have been of the view that the most offensive language had been used.”