Love Lie-Land?: what that Love Island dossier means for broadcasters

Blog Articles You Must Read
Previous | Next 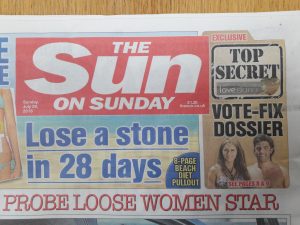 It is not every day that I am phoned up by The Sun on Sunday to comment on one of their exclusives. But this happened on Saturday when the newspaper was preparing its story about the “Vote-Fix Dossier” it had been leaked about Love Island. A 400 page ITV Studios production manual for the show revealed I was told that production bosses: meddle with votes to get the result they want; factor in a ‘safety net’ to avoid losing key characters during the votes; and steer their favourite Islanders during ‘recouplings’ to ensure they are not at risk.

The main point I made was that broadcasters must be careful when organising voting. 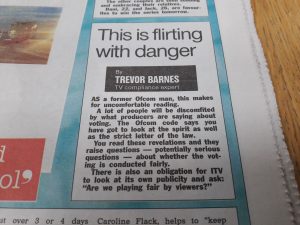 ITV had indeed published their rules. They confirmed how viewers could vote (via a special Love Island App). Unlike in the bad old days of the Premium Rate Service scandal of the early 2000s which resulted in Ofcom imposing fines of millions of pounds on TV companies (ITV incidentally copped the highest penalties), this voting is free. But it was that very scandal which led Ofcom to introduce rules 2.13 to 2.15.

These ITV rules also for example contained one that says: “The producers of the Programme may in their discretion reintroduce an Islander seen in earlier stages of the competition who was previously evicted. The Programme producers’ decision will be final.” When Love Island broadcasts the invitation to vote, I do not know how much and what information ITV gives. But I would be interested to learn how many viewers when they decide to vote are aware that, even if the public evicts an Islander, the producers at their sole discretion can bring them back.

I predict that there will be only a handful of complaints to Ofcom though. The viewing public is now soaked in cynicism about broadcast voting for so called ‘reality TV’, summed up by this comment on the newspaper’s website: “every tv show where the viewers have to vote in is fixed so the the producers can save the contestants who bring the most publicity to their shows.”  This is NOT another PRS scandal in the making. But broadcasters must play fair by viewers when inviting them to vote.