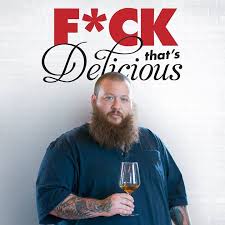 So Ofcom has recorded its first breach of the Broadcasting Code against the Vice group of channels since they launched in the UK (see Ofcom Broadcast Bulletin, 19 June). No – sadly – it is not for edgy investigative journalism. But for offensive language on Viceland – and just for badly beeped offensive language at that.

I say strangely because of course there was no offensive language – it was all masked. Ofcom should have recorded a breach of Rule 1.3 in these circumstances (protect children from unsuitable material), not 1.16.

Another interesting case is the breach of the fairness rules recorded against the BBC (but with lessons for all broadcasters) about the SNP’s recent party political broadcast.

A local farmer had agreed to be filmed on his farm because he was told that the footage of him would be included in a Public Information Film for the Scottish Government to portray a “slice of life” in Scotland. He said he was specifically informed that the purpose of the programme was not to persuade viewers to vote for one party or another. However, despite this, footage of him and his farm appeared in a Party Political Broadcast for the SNP.

The lesson is clear: when researching a programme do not make statements to contributors to help persuade them to take part which are misleading. And if circumstances change tell the contributor asap.

And in a timely reminder about the need to be alert to avoid plugging products and services in programmes, Ofcom breached the specialist sport television channel Bike. The service featured coverage of Stage 5 of the Santos Tour Down Under cycling race held in Adelaide, South Australia.

The coverage was interrupted five times by pre-recorded 30 second plugs for local tourist attractions, with titles like “Kangaroo Island” (pictured, if you are tempted by an Antipodean holiday), “McLaren Vale Cellar Doors”, “Eyre Peninsula Sea Adventures”, “The Star of Greece”, and “South Australia Seafood”. As Ofcom said: “The purpose of these segments [was]…to inform viewers of the attractiveness of the area as a tourist destination, rather than to provide a backdrop to the cycling race.”

Ofcom was not impressed by the licensee’s defence that “it had done nothing wrong. It submitted that it would have been unrealistic to expect someone from the channel to be present during an edit at the event and that it did not have the time or the facilities to edit the programme at the Italian playout centre where it was received.” Sorry Bike channel: rules are rules. You must find ways to comply with them.