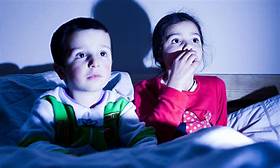 Sky is breaking out the bubbly this week! In a move that shows that Ofcom is – if slowly – adjusting to the rapidly changing audiovisual environment, the regulator is allowing TV broadcasters in the UK to show post 9pm watershed during the daytime. The stronger content must however be shown behind a mandatory PIN. The new rule comes into force on 1 January 2019. (See Broadcast Bulletin, 5 November 2018).

Rules 1.24 and 1.25 of the Broadcasting Code currently allow for 15-rated films to be broadcast during the daytime on subscription film channels and up to 18-rated films on pay per view film channels, provided a mandatory PIN is in place. Mandatory PIN protection cannot be removed by the user and restricts access solely to those authorised to view (in theory at least).

With a catalogue of classy (and expensive) content which it could under the current Code rules show only after 9pm, Sky started lobbying Ofcom to relax the rules several years ago when I was still at Ofcom. Since then Ofcom has held a public consultation and concluded that the benefits of greater flexibility, when broadcasters are under threat from on-demand and internet players, outweigh the risks. Behind the decision is Ofcom’s view that mandatory PIN protection provides a sufficiently strong level of protection for children – even though most of us know that many canny children can get round PIN protection fairly easily. So far however there have been no shrieks for the Daily Mail that this change represents an assault on the sacred 9pm TV broadcasting watershed.

How many broadcasters – other than Sky – take advantage of the new rules remain to be seen. There was only limited interest when colleagues and I consulted some broadcasters informally in 2016. For the moment however the move should be welcomed.