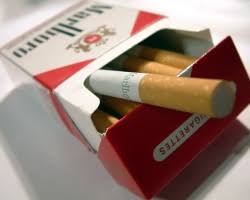 Ofcom has been under pressure from the anti-smoking lobby for many years with complaints about the prominence of smoking in drama series – or even cartoons like Tom and Jerry. Ofcom has steered a middle course, discouraging any undue prominence for or glamorisation of smoking but acknowledging that people do still smoke and it is part of everyday life. In its latest Bulletin (18 June 2018) Ofcom repeats previous guidance that broadcasters should generally avoid featuring branding for cigarettes and other tobacco products in programmes to comply with Section Nine of the Code. But the new guidance goes further. It  underlines that broadcasters should be very careful when obscuring branding on cigarettes and other tobacco products: they must not also obscure the prominent health warnings on the packets. So TV broadcasters beware: obscure the brand but not the health warning!

There are two Broadcasting Code breach decisions worth a quick read. The first was about a one hour documentary about mining called Gold Rush shown on Discovery at 20:00. It contained a certain amount of (fairly mild) offensive language: 18 “shits”, two examples of “piss” or “pissed” and two instances of “bitch”.  This meant Ofcom found the programme breached Rule 1.16 (no frequent use of offensive language before the watershed). But Ofcom made it clear it was also influenced by another feature of the programme: 70 instances of offensive language which had been  ‘bleeped’ or ‘blurred’ out. Ofcom’s 2016 offensive language research confirmed that viewers were concerned when programmes shown before the watershed contain this frequent amount of bleeping. In previous similar cases Ofcom has found a programme also in breach of Rule 1.3 (children must be protected by appropriate scheduling from inappropriate material): Rule 1.16 cannot be breached because no offensive language is actually broadcast. But the regulator did not bother to record also a breach of Rule 1.3 here. It just cites the 70 examples of bleeping as a factor in the 1.16 breach.

The second breach decision is remarkable. The programme was broadcast on 25 May 2016! It is the latest episode in the fight between Channel 5 and Ofcom over Can’t Pay? We’ll Take It Away (see my previous blog). Here, after a titanic battle between the broadcaster and Ofcom – involving the regulator withdrawing its first Preliminary View and issuing a new one, and Channel 5 submitting voluminous representations – Ofcom finally found there was an unwarranted invasion of the complainants’ privacy, as it had done in the previous case.

The programme followed High Court Enforcement Agents (“HCEAs”) and included footage of Mr and Mrs T and the interior of their home as they spoke with two HCEAs who were there to
enforce a debt against Mr T. Footage of the interior of Mr and Mrs T’s home was recorded by body cameras worn by the HCEAs but belonging to the programme makers. Ofcom decided that their legitimate expectation of privacy, on balance [my emphasis added], outweighed the broadcaster’s right to freedom of expression and the public interest in this case. Mr and Mrs T’s privacy was unwarrantably infringed in both the obtaining and broadcast of the footage included in the programme.

Is this the end of this fight? Or has Channel 5 merely retired to its corner to lick its wounds, to come out into the ring with its fists flailing? Privacy lawyers and others watch this space…